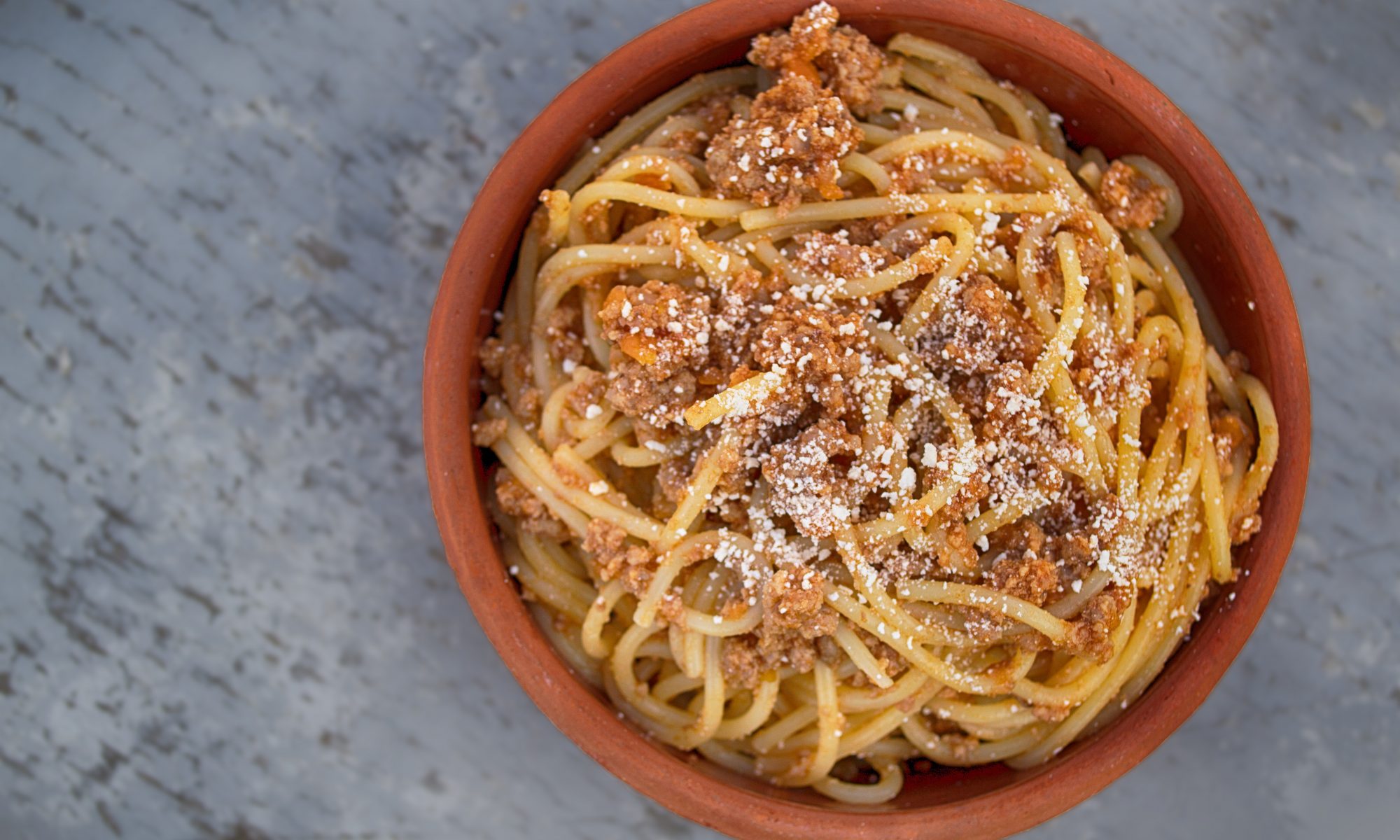 I know I’m not the only one here who has – at some point in time – viewed carbs as an enemy and feared or avoided eating them.  In fact, in an IG poll, 90% of my followers said they feared a food or food group at some point in their life.  The majority of those who answered resoundingly specified carbs. And honestly? I wasn’t shocked by it. For years, the diet industry has targeted carbs as Public Enemy #1  and it has created this inherent idea that all carbs are somehow “bad” and thus, consuming carbs has created shame or guilt within us. I see it all the time: Taco recipes that use romaine lettuce instead of tortillas or other “healthy” versions of our favorite foods (zucchini noodles, anyone?). It’s almost like we aren’t allowed to enjoy it unless we remove the carb completely. Here’s your reminder: carbs are NOT the enemy. And they aren’t bad for you – in fact, carbs are completely necessary for your body to function optimally.

How many times have you heard that if you consume carbs, it will turn into fat right away? It’s simply not true. Carbs are actually our body’s favorite fuel source. When we eat a carb, our body breaks it down into glucose which is the most usable form of energy we can consume. The body then takes any unused glucose and converts it into glycogen which then gets stored within our muscles and liver. Our body will rely on these glycogen stores when we’re low on energy and convert it back into glucose to use. It is only if we continuously fill up and tap out our glycogen stores time after time after time that it can then turn into fat.

“Oh… so why does the diet industry tell us that carbs are bad?”

Let’s talk about the science behind carbohydrates.

Carbs come in two forms: simple and complex. Simple sugars are most often found in cakes, ice creams, and other foods that the diet industry loves to deem as “bad” or “unhealthy” foods. However, simple sugars are also found in apples, yogurts, and milk – none of which are “bad”. Simple sugars get a bad rep because of their association with the former food products but don’t let that fool you. Our body actually benefits from simple sugars because they are already in their most usable form, meaning: the body doesn’t need to do anything additional to it to convert it into energy. Do you feel like you have low blood sugar and need a quick boost? Grabbing for an apple or yogurt or candy bar is actually a better bet than a complex carb option because your body will be able to restore your blood sugar levels faster through these simple carbs.

Complex carbs are more (you guessed it!) complex and thus, take longer for our body to process and break down. Since they take longer for our body to break down, these complex carbs are beneficial in controlling our blood sugar in the long run at a more continuous and steady pace. Complex carbs are found in sweet potatoes, pastas, and breads. Having a balance of both complex and simple carbs are important for a healthy diet and mind. In fact, I would argue that restricting yourself from carbs you love because of fear is MUCH more dangerous and unhealthy for your mentality than the pasta is unhealthy for your body. 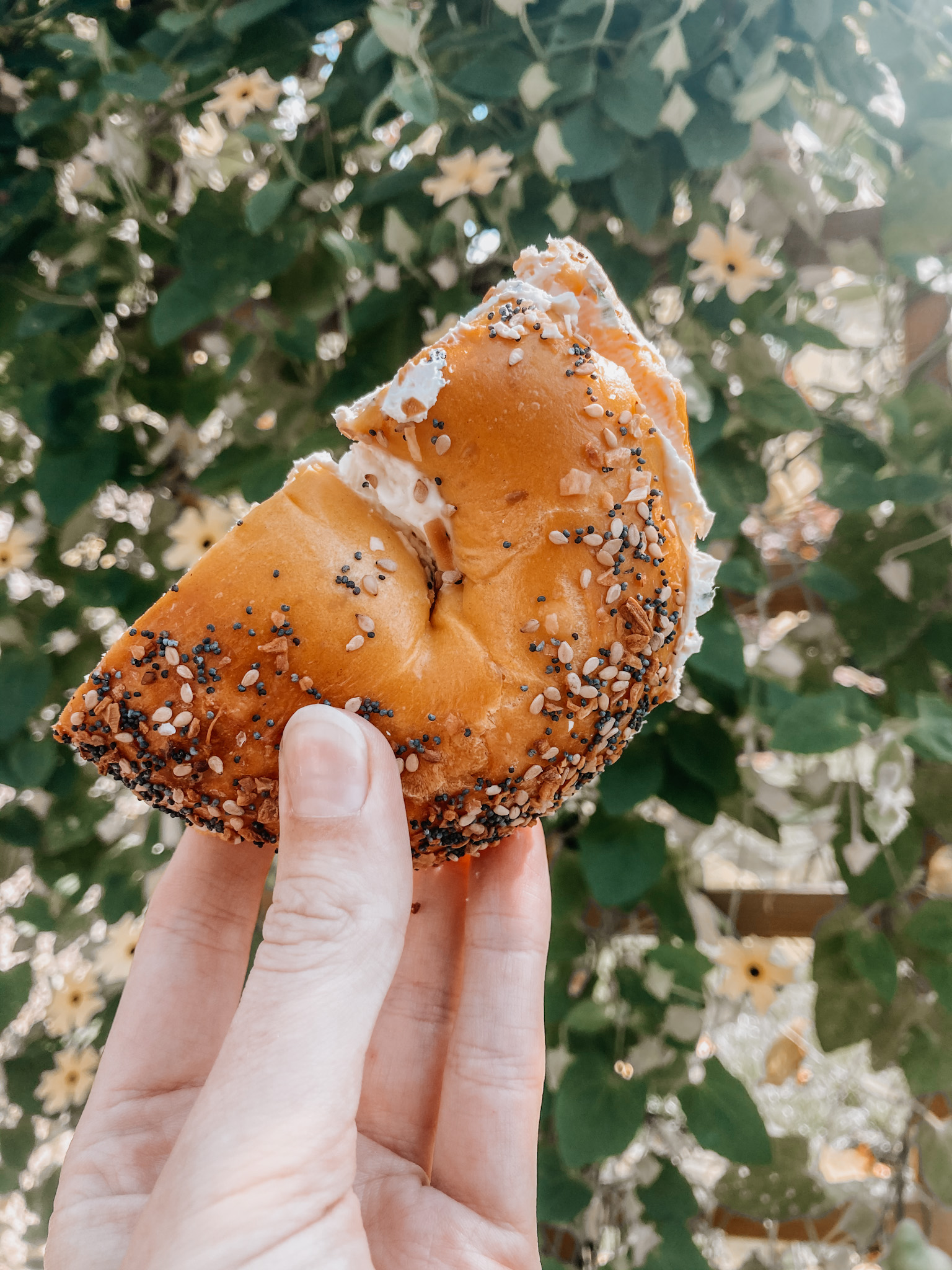 So if you need a reminder, here it is:

You are allowed to enjoy a REAL bagel without it being whole wheat, paleo, made with Greek yogurt, and/or scooped out. If you’re craving a bagel, get the version you actually want. THAT will satisfy your body and most importantly, it will satisfy your soul. Enjoy your white spaghetti at your favorite restaurant and don’t feel bad that it’s not zucchini or whole wheat. It’s ONE meal. Enjoying any type of carb will not derail your body off whatever course it’s on. It’s 2021 and it’s time we drop the guilt around food. I know – it’s easier said than done. But we have to start somewhere. Give yourself the permission to eat and enjoy carbs. Your body, mind, and SOUL need them. For me? I wanted an egg everything bagel today with veggie cream cheese (a childhood fave) and that’s what I had. No substitutions, no scooping, no “healthy” version – just pure, satisfying deliciousness and most importantly:

Oh do I have an exciting announcement for you all!

Join us for a discussion on the nuances of body im

Description of image: "The desire to alter your bo

Eating disorder providers (and many other clinicia

Join us for a one-time virtual nutrition group to

Join @yoursouthasiantherapist and I as we have a c